Participation in other projects

Participation in other projects

In 2017, we presented an extraordinary gift to Klaipėda and Lithuania to celebrate the hudredth anniversary of restoration of independence of the country. Six clubs of the seaport: ‘Aditė’, ‘Concordia 1826’, ‘Karalienė Luizė’, ‘Klaipėda’, ‘Klaipėdos senamiestis’ and ‘Maris’  have united and funded the renovation of the old-town city map on the building on Turgaus str. 21. 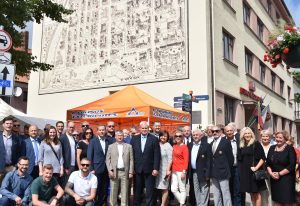 The young members of Rotaract club organize the mentorship project ‘Rotary academy’ (lt. “Rotary akademija”) every year and at least 2-3 sisters of our club also participate in the project and become the mentors of selected students. In 2018 club sisters Ala Minkevičienė and Ligita Šimanskienė participated in the project as mentors. Ligita and her student Karolina Gerikaitė were acknowledged as the most active ‘Rotary academy‘ student-mentor pair of 2017-2018. Congratulations, we are happy for you! The year 2017-2018 club president Jolanta Juškevičienė also did not grudge her energy in the development of the new project ‘Day with a Mentor’ (lt. “Diena su mentoriumi”), which is addressed to secondary school pupils. 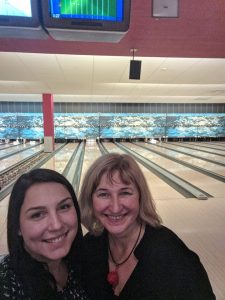 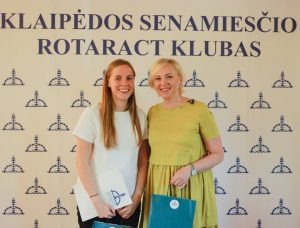 We are happy to take part

Every spring we participate in the project ‘Clean Dangė’ (lt. “Švari Dangė”) together with Rotary club ‘Concordia 1826’ and assist in collecting trash from the river and its banks.

We support the Rotary club ‘Aditė’ project ‘Yellow Coaches’ (lt. “Geltonieji autobusiukai”). Throughout the duration of this project top-list, high-achieving and motivated youth is invited to concerts of classical music, as well as other cultural events.

Also, we are happy to be a part of the noble project of Klaipėdos Senamiestis Rotary club, which organizes camps for blind and visually-impaired children.