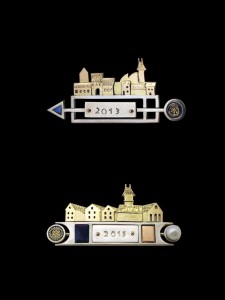 It is often told that in 1803-1815, when Napoleon Bonaparte escalated the war politics, the noble Prussian society raised funds to back the war with France. Prosperous families took their gold jewellery to the royal jewellers and as a substitution got exact copies of the pieces, made from metal. Often such substitutions had words ‘Gold gab ich für Eisen’ (en. ‘I swapped gold for metal’) engraved. In the first year of the awards, 2013-2014, both clubs selected the nominees individually and we awarded two distinguished residents of Klaipėda –  the head of Klaipėda Ieva Simonaitytė Public Library Juozas Šikšnelis and the head of Klaipėda Centre of Cultural Communications Ignas Kazakevičius. 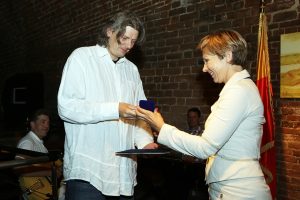 In 2014-2015 Rotary year, the “New wind weathercock” (lit. metų “Naujų vėjų Vėtrungės”) nominee was selected from the candidates presented by both clubs. A choice of RC “Karalienė Luizė”, the prosperous businesswoman and the head of the social company for people with disabilities ‘Regseda’ Kristina Zibalienė was named as the laureate. 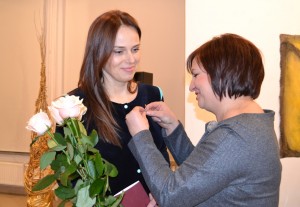 In 2015-2016 Rotary year the award was presented to the head of Klaipėda Drama theatre Gediminas Pranckūnas (post mortem).

In 2016-2017 Rotary year, this noble award was given to one of the strongest managers in Lithuanian culture, art historian and critic, creative executive manager of VšĮ “Klaipėdos šventės” Goda Giedraitytė. The remarkably creative personality, a real patriot of Klaipėda and Lithuania Goda Giedraitytė really deserves the respect of our society and overwhelming ovations. 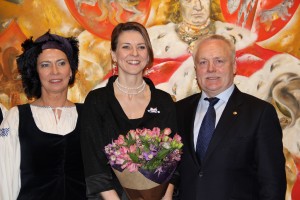 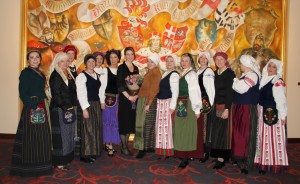 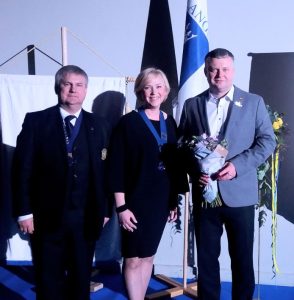