The choice of this club name was no accident for multiple reasons. The personality of Queen Louise, her determination, while fighting for her nation, energy, while reaching for a better life, innovations and the ability to seem a feminine, loving, understanding and sensitive woman, is seen as a great inspiration to us.  With the choice of such an obligating club name, we also gave a promise to bring back to the life of Klaipeda the names of the Prussian royal couple and Queen Louise, who once resided in our city.

We would like to restore the memorial stone of Louise in Tauralaukis.

Club’s five-year anniversary – with a special gift to Klaipėda

In 2018, while celebrating the five-year anniversary of the club’s activity, together with artists we presented a historical tour – dance performance ‘Check to Prussia. Louise in Memel’ (lt. ‘Šachas Prūsijai. Luizė Mėmelyje’) to the city. The project, created by the dance theatre ‘PADI DAPI Fish’ (lead by Agnija Šeiko) is dedicated to the Queen of Prussia Louise and the period of Prussia’s royal reign residency in Memel. On the 16th of May, the club guests, invited to the premiere were impressed by the composition, which they walked and felt out in the streets of Klaipėda. Algimantas

Lukoševičius, the coordinator of Lithuania Rotary district was keen to praise. ‘Even though you are one of the younger Rotary clubs in Lithuania, but your deeds and energy seem to compete, and sometimes even overtake the others. We are glad that you are a part of our community, live and stimulate changes’ – congratulated A. Lukoševičius, passing on the greetings of Rotary International President Ian H. S. Riseley to the club. 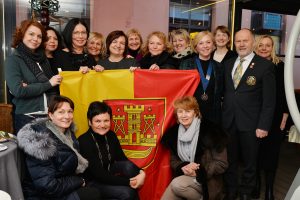 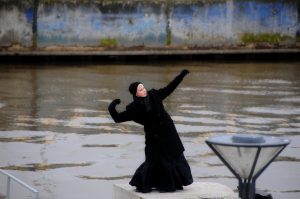 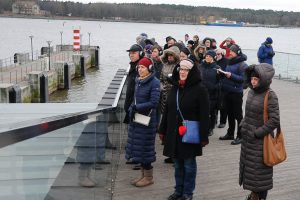 We’re great friends with writer Jovita Saulėnienė since the birth of our club. She encouraged us when picking the name, participated in creating the exhibition. Together we were leading the performance to the premiere, gathered knowledge and shared it with the residents of Klaipėda. In 2018 we were delighted to meet Jovita’s new book – ‘Her Majesty Queen of Prussia Louise in Memel’ (lt. “Jos didenybė Prūsijos karalienė Luizė Mėmelyje”). Thank you for the friendship and sincere love to Queen Louise. We’d like to express our respect to ‘Druka’ printing-house for the nice journal, which was chosen as the winner of the “Klaipeda Book of the Year – 2017” (lt. Klaipėdos Metų knyga – 2017”) contest. 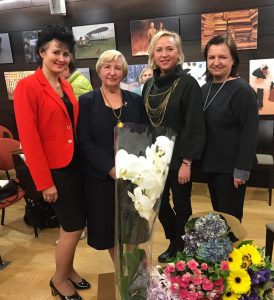 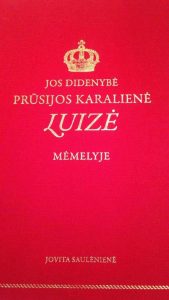 The historical building adorned itself with royal insignia

On 21st of April 2016, even two memorial plaques were installed and uncovered on a building on Puodžių str. 1, where the Queen Louise gymnasium resided in the years 1891-1945. One of the plaques marks the fact that the building holds great and respectful historical meaning and was called Queen Louise gymnasium for quite a period of time, the other is a sign of the Klaipėda Youth Centre, which is now called Klaipėda Queen Louise youth centre (lt. Klaipėdos Karalienės Luizės jaunimo centras).

“Klaipėda is a gifted city and it is a great pleasure that the idea was supported by the city‘s politicians, the Youth centre, and the inhabitants. I am sure that from now on more visitors will swing by Puodžių street.“ Believes the president of Klaipėda Queen Louise Rotary club Jolanta Braukylienė.

The text in the memorial plaque is written in two languages – German and Lithuanian. The project was initiated and financed by Klaipėda Queen Louise Rotary club. 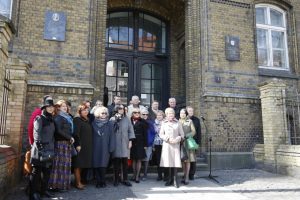 For the most creative teachers – Louise’s medals

We support the tradition of Klaipėda Queen Louise Youth centre to pay respects to the teachers and award them with rememberance medals of Queen Louise in March of each year, while also celebrating the birthday of this respected historical figure.

Each year the club awards the most creative teacher which is suggested by the students.

In 2018 Louise medal was awarded to the people with hearing disabilities pedagogue – expert Sigita Koroliovė of Klaipėda Litorina school. 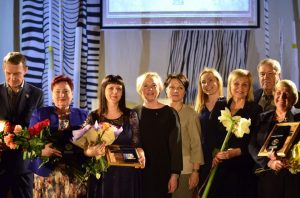 In 2017 we presented the medal to the history teacher Vaidas Pamparas of Vytautas Didysis gymnasium, who is exceptionally loved by his pupils. 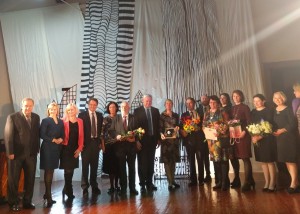 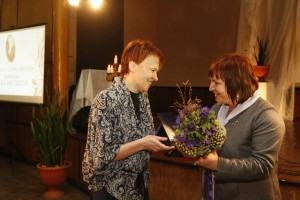 The exhibition in Klaipėda City hall

It is now possible to get acquainted with the Prussian Royal family from a closer proximity in the Klaipėda City Hall – the exhibition, which was born with great efforts from Rotary club ‘Karalienė Luizė’ has found its place in the first-floor conference room. The stands, which are positioned in a format of an open book tell stories about the period, when the Royal family resided in Klaipėda. The authors of the exhibition are club members Andželika Baroti and Jūratė Bizauskienė, 2016. 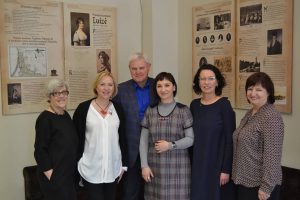 Travels in the footsteps of Louise in Germany

Prussia’s Queen Louise is well remembered and respected in Germany until these days – town squares, streets and coffee shops are often named after her. The commemoration of Louise is guarded by museum exhibitions, art expositions and souvenirs for tourists. Her grave-mausoleum is even today covered in flowers.

We ourselves could convince ourselves in that on 20th – 23rd of August 2015, when we travelled the roads of Queen Louise in Berlin, Potsdam and the lands of Prussia. 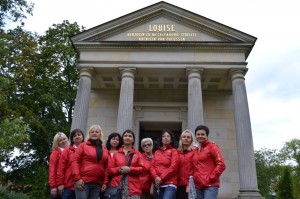 More about us is written in an article of ‘Vakarų ekspresas’:

The club’s support – to a performance

At the time of the inauguration of the club we were collecting funds to support the Klaipėda drama theatre performance “Queen Louise” (lit. Karalienė Luizė). We, while talking to the creative group of the performance, also shared impressions from the Queen Louise’s native places in Germany that were visited by us and that we believed could be vital in the process of production. 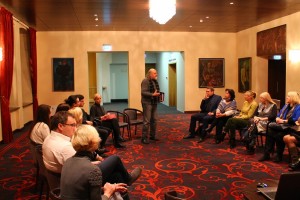 In 2014, thanking to the club’s initiative, a 100-year-old Linden tree growing in private fields was marked with a memorial sign in Piktupėnai, near Pagėgiai. 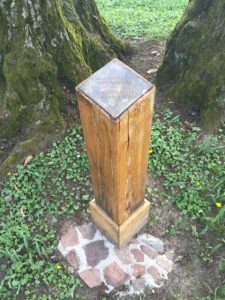 The travelling exhibition for the schools of the region

Since 2015 an educational project “Queen Louise” (lit. Karalienė Luizė) is taking place in schools of Klaipėda city and region. During the project knowledge about the royal period of Prussia and Queen Louise is given through integrated lessons of foreign languages, history, arts and others. 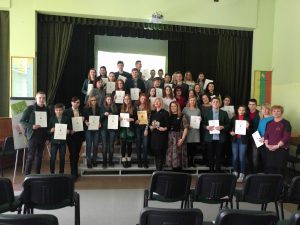 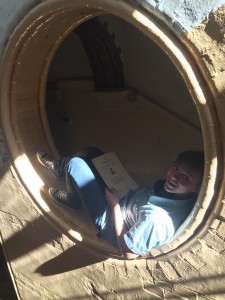 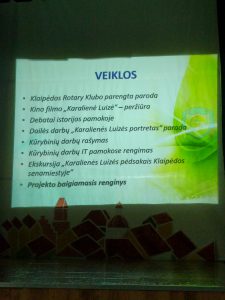