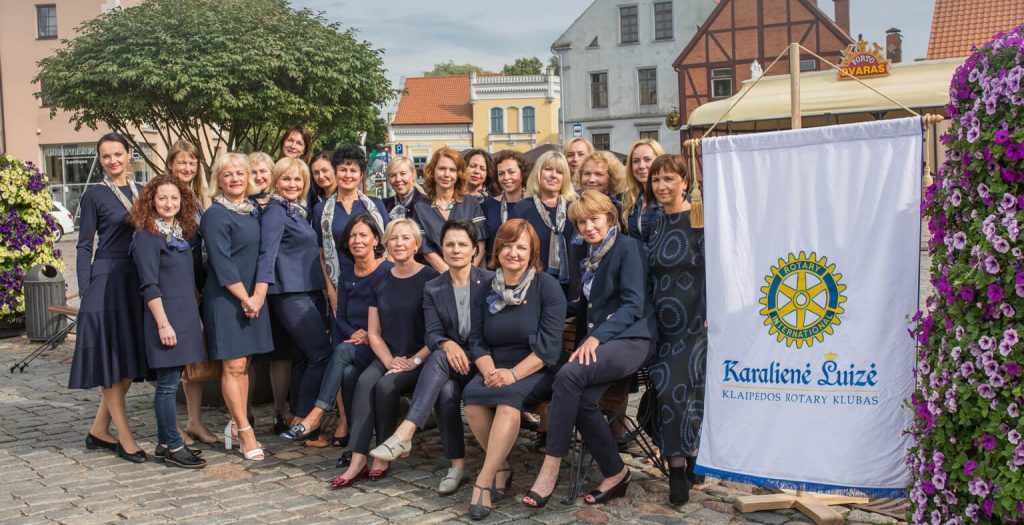 Klaipėda Rotary Club “Karalienė Luizė” was established on December 28, 2011, and both joined the ranks of the international movement and received a charter on November 16, 2012. The club was inaugurated on March 1, 2013, the “godparents” of the club are RC “Concordia 1826.”

The club is named after one of the most prominent historical personalities – the Prussian Queen Louise, who lived in Klaipeda from 1807-1808. The honor of it obliges to foster the culture and history of the country, to patronize people who are important to culture and art.

The club plans to return Queen Louise to both the cultural life of the city and to the theater stage. The force is being gathered to make the first premiere of a play about Queen Louise in the revived Klaipeda Drama Theater. More projects are being designed to commemorate this personality: the revival of her park, the restoration of monumental stone, the creation of a route for tourists.

The club is ready to give its energy and heart to the children care home residents: to expand their cognitive boundaries, to teach them to start their own independent life after “growing out” of the care homes, to support particularly talented young people in the fields of art or science.

Time and place of the club meetings: on Wednesdays at 17:15 at The Old Hall of Pramogų Bankas, Turgaus str. 1, Klaipėda.